1 The Problem Of Representation

The front cover of Paul Ricoeur’s monograph on the philosophy of history shows a baroque sculpture from the Wiblingen monastery in Ulm (Germany). The scene presents the double face of history in the form of two figures. At the bottom, we see Kronos, as an old man, representing the fleeing of time; above him History, as a young man, having the instruments for mastering time: a notebook, ink, and a feather. Memory, History, Oblivion, expresses the title of the book, and this is a significant order. Between the mastery of memory and the force of oblivion: that is where Ricoeur wants to place the philosophy of history. Despite the baroque atmosphere of the cover, this thesis is elaborated with a classical strictness and love of order. The book is divided into three parts, each part consisting in three chapters. Even when the reader should miss his or her hold of the book, introductions at the beginning of each part and chapter should guide the reader through the argument of the book. There is one line of thought in the three parts of the book, developed around the philosophical problem of representation. How can something from the past be made present again (re-presented)?

This issue was not new to Ricoeur. He elaborated it before in his Time and Narrative, where the problem of representation arose as part of a philosophy of time. Historiography appeared to contribute to the figuration of temporality (Time and Narrative, vol. 1). Together with a consideration of fiction, Ricoeur’s philosophy of time finally led to an exposition of a historical condition of existence. After Time and Narrative, Ricoeur’s study on Oneself As Another expressed again his conviction that philosophy ultimately has to do with Kant’s question: what is a human being? In Oneself As Another, this question was answered by describing human beings as capable of stating: I can talk, I can act, I can narrate, I can make myself responsible. All these capacities are unfolded under the horizon of a historical condition for human being. The present

book offers itself as ‘a supplementary chapter’ to this philosophical anthropology (p. 68). The modesty of this formulation is partly correct, because we see many themes and authors of Time and Narrative taken up again. The mere comparison between Time and Narrative and La mémoire?… would give ample food for thought, e.g., in Ricoeur’s correction of his treatment of R. Koselleck (p. 388). However, there is far more in the book than supplements or corrections of earlier thoughts. Ricoeur confronts the fundamental question of representation with his interest in remembering and his personal aversion against the abuse of commemoration. This leads him to a renewed (and final?) account of his views on the big philosophical questions.

Ricoeur’s account is set up in three rounds of investigation. The first part of the book is concerned with a phenomenology of memory. Starting with Aristotle, and proceeding with Sartre, Plato, Bergson, Husserl, Nietzsche, and Freud, Ricoeur formulates the problem of representing the past as one of fidelity. As for a philosophy of remembering, the intention is to search for truth as a faithful testimony. The notion of testimony bears an intentional judicial connotation. It is in court that the value of memory is put to the test. The juridical notion of ascription, used before in Oneself As Another, is put forward again. Remembering is also a form of ascription, an act directed to oneself, to one’s neighbour, and to others. Especially the middle category of the neighbour is important for Ricoeur. Neighbours approve one’s attestation as a capable human being. ‘… I include among my neighbours, those who disapprove of my actions, but not of my existence’ (p. 163). Approval of existence will show up as a vital aspect in the epilogue of the book.

Is it possible to bring together the fidelity of remembrance and the critical distanciation of historical epistemology? The answer to this question is the task of the third part, which aims at developing a hermeneutic of the historical condition. Ricoeur presents a dialectical relation of memory and historical epistemology. Memory needs to be fed by epistemology with a ‘mnemonics of dispossession’ (Richard Terdiman, p. 511). Historical epistemology needs to be fed by memory. A permanent uncanniness of history is to be preserved. In all facets of memory and history, Ricoeur fights against the temptation of totalization, against which he wants to maintain a fundamental vulnerability. This vulnerability of the historical condition is placed under the notion of oblivion. The book offers a beautiful criticism of oblivion as a matter of erasion or of manipulation. Ricoeur, however, also presents another notion of oblivion: an ‘oblivion of reserve’, a kind of latency in which traces are preserved (p. 555). There is a need for such oblivion, as opposed to the false oblivion of amnesty or amnesia. ‘If any form of oblivion may be evoked legitimately,’ Ricoeur concludes at the end of the third part, ‘it will not imply the task of silencing evil, but the task of speaking of evil in an appeased mode, without anger. This way of speaking will no longer be by way of commandment, of order, but by way of a vow, in an optative mode’ (p. 589).

This conclusion expresses the exact point that Ricoeur wants to make. The historian and the philosopher cannot hold to a distanced approach, because of the need of expressing the truth of extremes in history. (Ricoeur repetitively returns to the Holocaust.) On the other hand, the same search for truth should make the philosopher critical of any social therapy and of the utility of enforced amnesty and exaggerated festivities of commemoration. The permanent search for truth demands a right kind of oblivion, over against memory and historical epistemology. However, this oblivion is neither an exact counterpart to the act of memorizing, nor does it equal the exigencies of epistemology in history. Its fundamental vulnerability asks for another philosophical mode, the optative.

The consequence of this approach is laid down in an epilogue. After the third part on the historical condition, some sixty pages follow on the subject of forgiveness. It is not up to the historian to pronounce judgements on the events of history, but neither he can refrain from any moral judgement. This becomes clear in a reflection on the difficult subject of forgiving and reconciliation in history. It is only at the limits of philosophical language that one may reason about this topic. This does not lead to an apocalyptic tone in philosophy, but reasoning should encompass a certain ‘eschatology of representation of the past’ (p. 593). Jacques Derrida has, in a recent essay, deconstructed the impossible possibilities of forgiveness and reconciliation. Ricoeur goes along with this deconstruction in an analysis of the entangling bonds of exchange and reciprocity. (It is the first time that I meet in Ricoeur a congenial companionship with ideas of Derrida.) For Ricoeur, the ipseity of a human being is at stake in this entanglement. In Oneself As Another, the ipseity is formed by acts of pledging oneself. Now it appears that ipseity needs an opposite act of dissolution as well. In cases of entanglement, an agent needs to be dissolved from his or her acts, in order to set free a fundamental capacity of reconciliatory action. A theme of Kant’s Religion within the Bounds of Reason Alone is brought forward again: although evil is radical, the disposition to the good is more originary. This disposition may be activated when someone is approached with a word of liberation: ‘You are worth more than your acts’ (p. 642). Only this liberating speech act can establish a ‘happy memory’ and set free a fruitful ‘oblivion of reserve’. When there is any magnificence in human life, it is because such acts of liberation (Ricoeur in a comment on Kierkegaard). The historical condition can be described in large part with Heidegger’s notion of Sorge; the idea of oblivion forms an essential addition to this historical condition. However, this oblivion cannot be put forward as an epistemological proposition or as an ethical command. It can only be named in a special mode of speaking, at the limits of philosophy. This leads Ricoeur to a poetic closing statement of the book:

Beneath history, memory and oblivion.

Beneath memory and oblivion: life.

But the writing of life is another history.

Ricoeur’s La mémoire… offers a wide spectrum of thinking. It is a final attempt of bringing together the strands of his philosophical anthropology, begun with the project of his Philosophy of the Will in 1950, and dispersed over a wide range of books during the years. Of course, one may criticize Ricoeur’s treatment of history, one may bring up neglected authors, or one may correct his interpretation of others. One may deconstruct the attempt of his overall view, which ends with the very word incompleteness. However, there is a strong argument in the tripartition of memory, historical epistemology, and oblivion. Any possibility of reconstructing the human subject can only take place within the horizon of thinking that is proposed from this tripartition. In my opinion, the value of the book is laid down in the proposition of oblivion as a separate level of thinking, and its eschatological horizon that liberates fundamental capacities of human being. This is a philosophical proposition that cannot be neglected by the philosopher of history and ethicist. For the philosopher of religion, there is a special attraction laid down in the observation that this horizon of oblivion is expressed in terms of the Bible and the biblical tradition. (I intend to write upon this subject in the near future, TLH.) Few authors may – as Ricoeur in this book – start with Aristotle, bring up Bergson and lead to Heidegger, while concluding with Song of Song’s dictum: ‘Love is as strong as death’ (p. 666). Since all this is part of philosophy’s ongoing search for truth, it may be read both as an impressive account of an 87 years old philosopher, and as an important contribution to the philosophy of history, anthropology, and ethics. 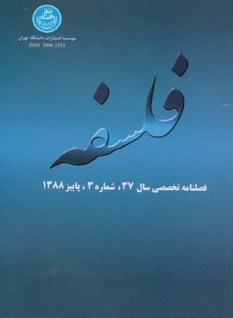