As reflected in the sacred books, man is endowed with dignity, and dignity is considered to be one of his qualities. Scholars of ethics confess to this matter too and consider human dignity as one of man's attributes.

In divine Books, God has spoken with the man and the man has listened to God. On Who is qualified to listen to God is a dignified being as well. In man's speaking with God, some sort of  harmony and interaction is required. Such a harmony takes place in two forms. In the first form one who speaks lowers himself and speaks at the level of existence of the listener. In the second form the speaker exalts the listener to the exlent that be capable of listening of listening to the transcendental word.

There is no doubt that God Almighty, as the Creator of the world, has a relation and connection with all His creatures. But between man and God, in addition to the creator / created relation, there is another relation of speaker and listener, and this is what is considered to be the basis of human dignity. The relation of God of man is like that of the soul to the body. The same that the soul and body, although they are two different things, have some kind of unity and coexistence, the man, though being a creature of God and hence other than Him, Has always been a manifestation of God and has fully demonstreated God's attributes. The reason man demonstrates God's attributes in that God has spoken with him, and Since God has spoken with him, he is capable of speaking with others.

Man not only speaks when he is awake, but also speaks while he is asleep of  in silence. Man's speaking does not stem from any special effort. Rather, human being is human being

Iranian mystical poet, Jalal al – Din Balkhi, has said :
«آدمی فربه شود از راه گوش»  meaning that the man will gain weight through the ear. What this insightful mystic means is that growth of man's being and the exaltation of his very existence is due to this fact that he is capable of listening, and it is through this listening that new realms of spirituality open up to him. By this we do not mean that seeing through eyes and other sensual perception are not important, But it means that by hearing, the man can enter worlds that are otherwise unattainable to him.

Only those who listen properly, also speak properly, and one who does not have a hearing ear is not capable of proper speaking. From this we can discern that ear is the origin of the tongue, and the tongue is the most important tool of communicating one's understanding and culture to others, thus creating mutual bonds.

Some hold that since God has spoken to man we do not need the intellect any more. These people don't pay attention to the fact that God's word is the manifestation of intellect, and also it is not possible to understand God's word without intellect. Generally speaking, it may be claimed that when God speaks with man, He is addressing him as an intellectual being, and the man listens to God because of his intellectuality. Nevertheless, When the man heard God's words he may accept it and submit to God's commandments, or he may not accept it and lead the way of disobedience and sin.

This freedom of choice is also one of the implications of human intellect. Freedom is always accompanied with intellect and reason. Without intellect and reflection, freedom has no sensible meaning. It is in the shadow of this freedom that human dignity becomes meaningful.

Apart from all which is said on this matter, it is fully evident amongst followers of divine religions that God has revealed Himself to us through words, and if we believe in God's revelation through word, we have to hold a high position for dialogue and verbal communication. Because, it is only through dialogue that truths are discovered and ignorances put aside.

In religious literature it is said that at the beginning it was the word, and the word was God. In the holy Quran it is said that God Almighty talked to Moses and so Moses is called "کلیم الله"  (One whom God has spoken to). Also, in the holy Quran, Jesus is described as the word of God. In Shi'ite tradition we read that Shi'ite Imams call themselves to be the perfect words of God. In the light of all these, we may conclude that human being, because of his quality of speaking and being spoken to by God, has an intrinsic dignity. 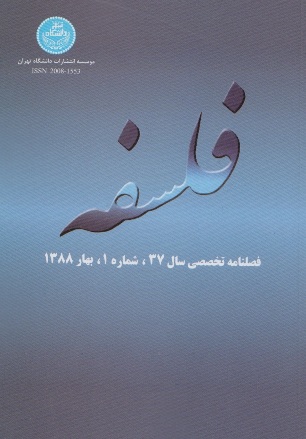